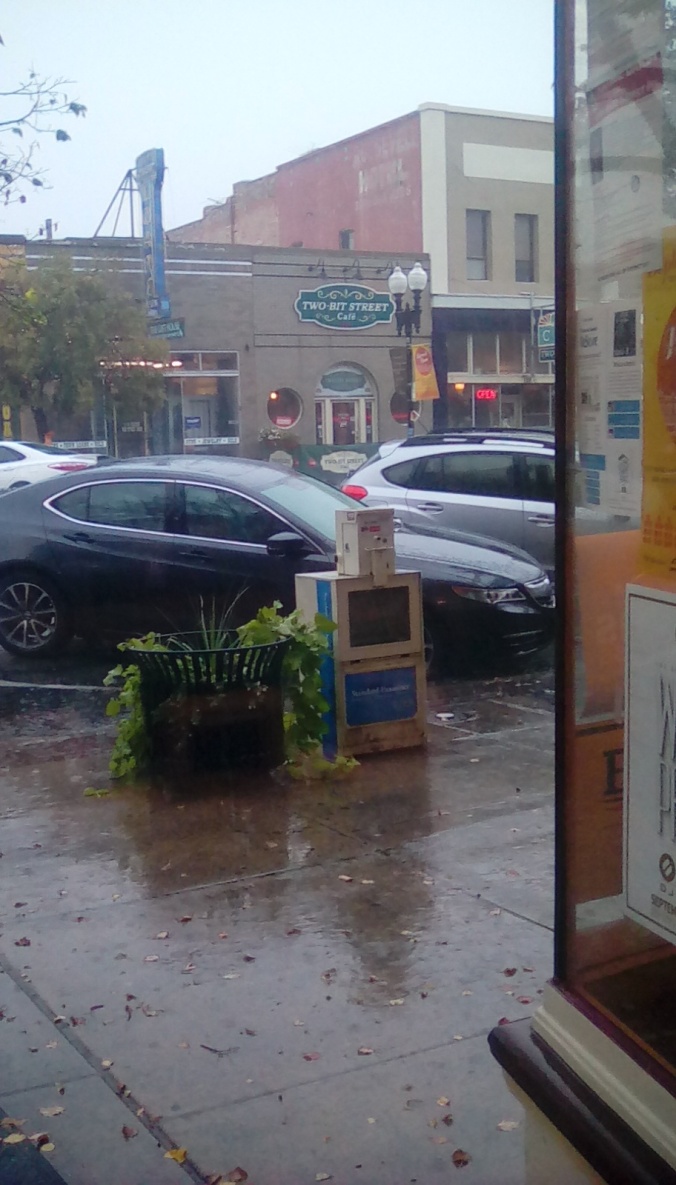 I was sitting in Grounds for Coffee having a latte and catching up on my writing. For the first day of fall it was rather beautiful. Cloudy skies, breezy with cooler temps and leaves changing along 25th street. It was perfect, I sat at a table with the door open, my coffee in hand and working on future blog posts.

I hadn’t been paying attention to the skies outside until Jordan had mentioned about circulation with the clouds outside via text, I laughed it off and said no, Utah doesn’t get tornadoes.  Then not even 2 minutes later another patron at the coffee shop had said “well its about to begin, any minute now”. I turned around from my seat and then in my surprise ” what’s about to start? The rain?”  Then others started walking outside and I glimpsed and notices the sky.

A sky I hadn’t seen in over a decade. I am from Ohio, I am used to the skies changing quickly from a clear blue sunny warm day to all of the sudden the sky turns dark, ominous, wild and scary all at once.  I am used to seeing clouds rotate, winds wiping and then all of a sudden the rain and hail thudding along. But I am used to that in Ohio not in Utah, not over 25th street in downtown Ogden.

All the partons helped the girls bring the outdoor furniture and bikes inside.  I hurried and called my roommate to report what i was seeing, to let her know to get herself and the dogs somewhere safe. I hurried out to grab my bike that i had locked down a few stores away. I called Jordan to afirm that yes he was correct and that i hadnt been paying attention. Then we (patrons and I) watched from the stoop as the funnel moved quick, we lost track of it wants the rains fell hard and fast.

“Is that…is that really a funnel?

“No tornado today, well we are lucky”

“A little excitement for an afternoon, uh?”

“I’ve never seen a funnel before, wow! Can you believe that?”

We all gathered and voices dwindled as the storm quickly moved past us.  We went back to our tables, chairs our busy work. We got on to our laptops and phones checking the weather reports. Checking in with our friends. We were all silent for a few minutes. Gathering information, data.

“There was a tornado touch down!” Someone said.

Conversation was then on the tornado, where did it hit, was there any damage?

When the storm finally passed a few left, went back to work, got back on the road. Whent back to their normal, daily lives.

I went back trying to write, trying to calm my excitement of the tornado.  I drank the rest of my latte and waited for Jordan to get off work.  New people came in and more small chat of the storm. 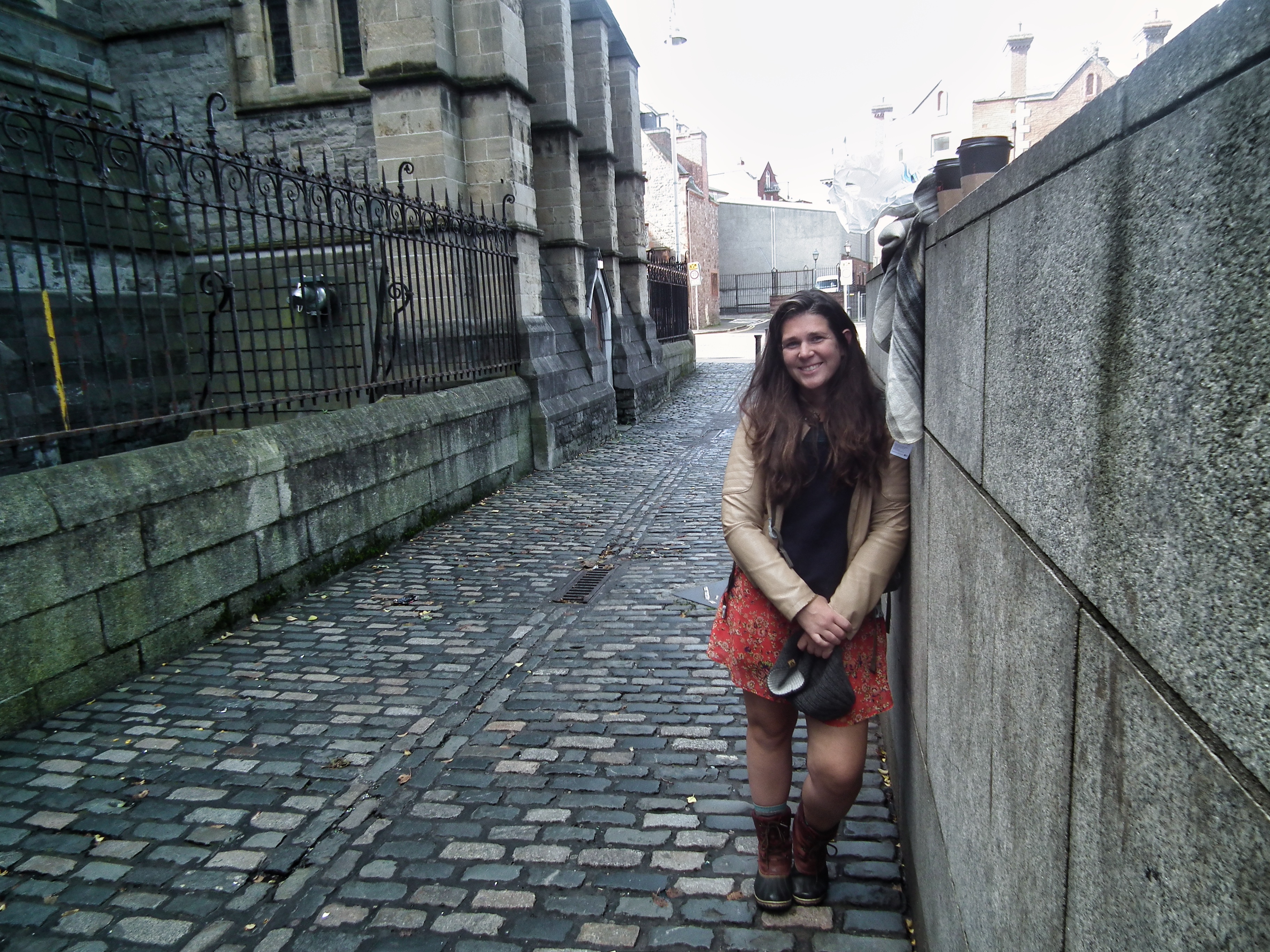 You wanna know something interesting about dating in your 30’s… somehow everyone is a special unicorn looking for their special one of a kind unicorn. You know what’s better than online dating…traveling, traveling as far as you can possibly go till you have no bars on your phone to check any of those dating apps. #travelblogger #stonehenge #falife #datinginyour30s
It’s not like I have ever asked a man to follow me to the ends of the earth and back again. It certainly would be nice. It’s certainly expected of us (women) to do such things for relationships. “I can’t just uproot my job and move.” He had said as we were discussing whether or not we should just be a fling when I was in town or be something more… I wanted more, deserved more than just a friend with benefits.
Wednesday are for biking…. Bikes Cades Cove loop in the morning with the family. Beautiful out here in the Appalachia mountains. #greatsmokeymountainsnationalpark #cadescove #findyourpark #familyvacation #travelblogger #tennessee #traveltennessee
Mom, Mom, MOOoommmmmmM!!!!!! Happy Mother’s Day! @lisahaines2017