I allowed myself to sleep in during this trip. I didn’t rush getting up and getting out the door until the last morning. I had a hard time sleeping anyways, so I wanted to make sure I still got enough.

Sunday morning when we finally got up and going we headed next door to Joy Pops for breakfast. They also sell breakfast, lunch, coffee and smoothies along with their super yummy popsicles. After breakfast we headed over to the beach. We sat down at the beach for several hours enjoying a Margarita in a pineapple. It’s a thing and when on vacation in Punta Cana one is at least advisable. True-fully, drinks were a bit expensive so I mostly stayed with the Presidente. A Pilsner that was easy to drink, refreshing and went with pretty much everything. That and it was cheaper than anything else.

After the beach we went back to get cleaned up and go for dinner. Brittany found a restaurant that was right along the beach. The restaurant was Veni Vidi Vici. Outside seating like the majority of the restaurants here. We ended up walking over to this place and it wasn’t too far from us. Some areas could have been sketchy but there are so many resorts and tourist it really didn’t feel threatening at all. I enjoyed being able to see a little bit more of the local side and not just were tourist hang out at. 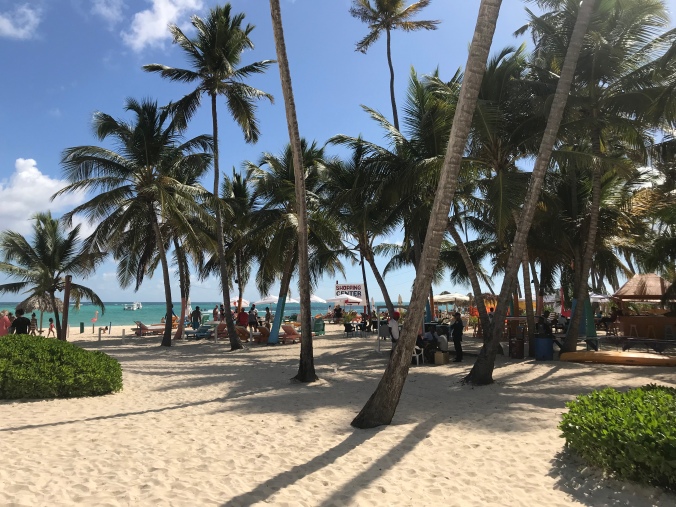 After dinner we headed back and stopped at Dalia’s for some desert. Cakes and tarts oh my! So much deliciousness in a glass case. 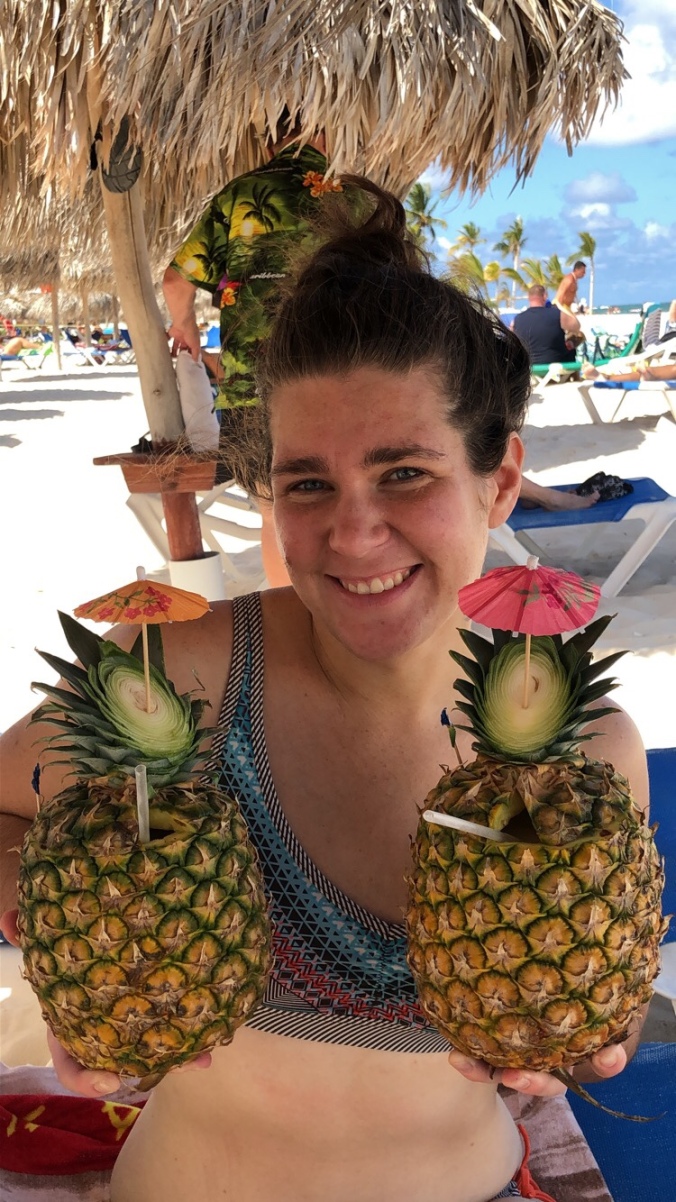 Day 3 was what I had been awaiting. At long last all of my excitement for squirrel monkeys.

We got our tickets online through Runners Adventure for Monkey Land.

I might have cried a little in excitement when all of the monkeys were rushing at us for their food. They were so small and they’d just hang out on you on your shoulders or arms taking their fruit nibbling on it and then letting the scraps fall wherever.

We were up in the mountains, so green and my first thought getting out of the shuttle at Monkey Land was ‘where are the hiking trails.’ I’m not sure that that is a thing in the Dominican Republic. But wow! The views.

I’m not sure what else to say on this part, I think I might be a monkey person though and I would go back just to do that all over again. 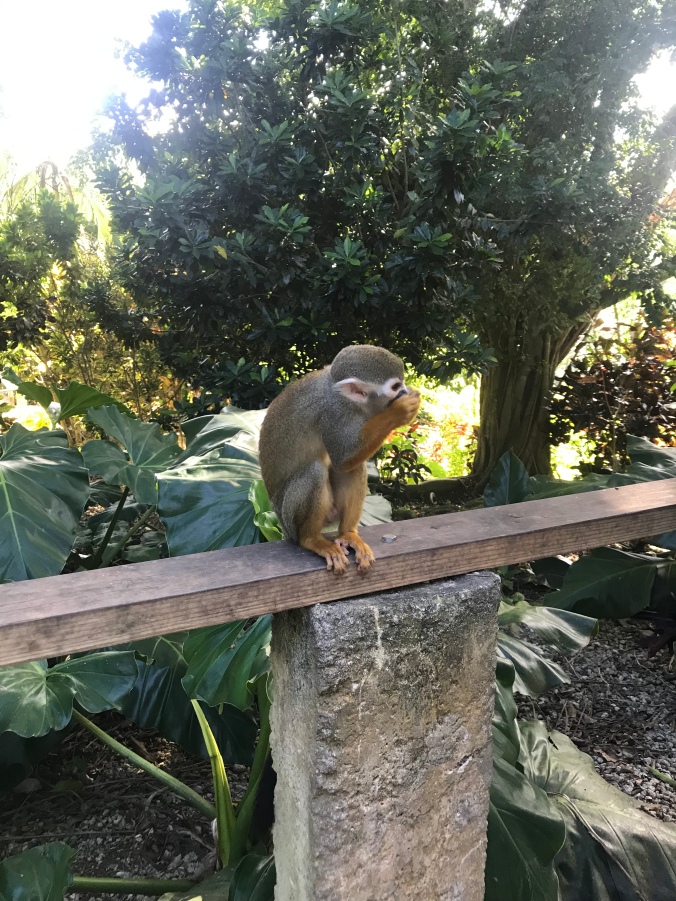 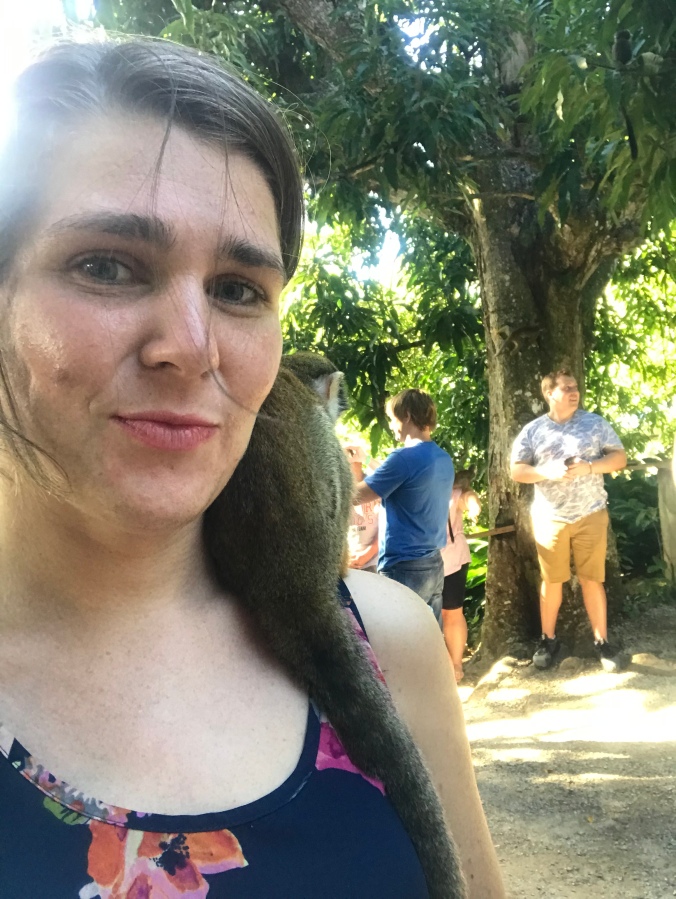 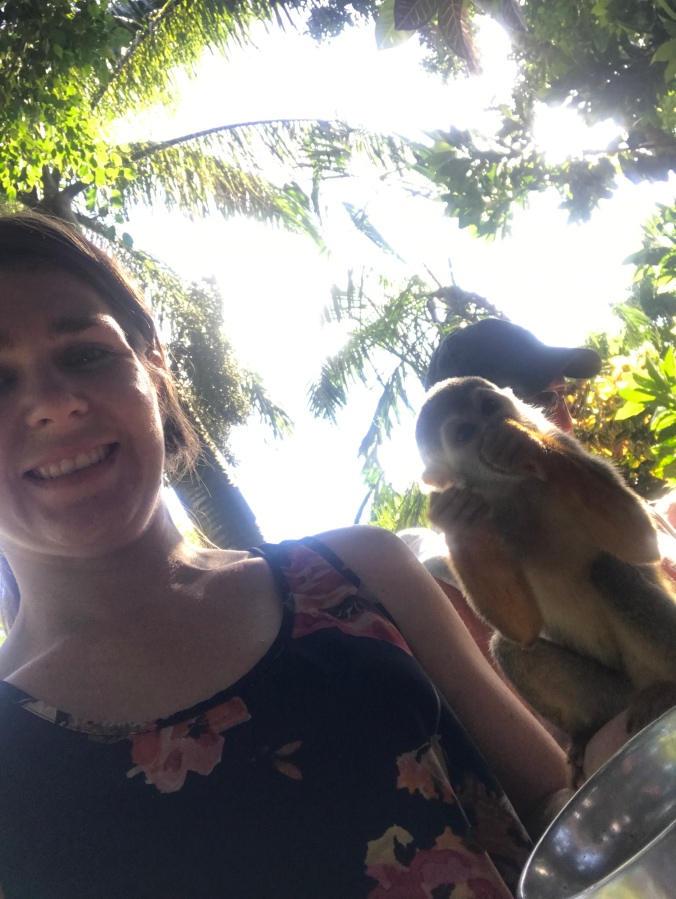 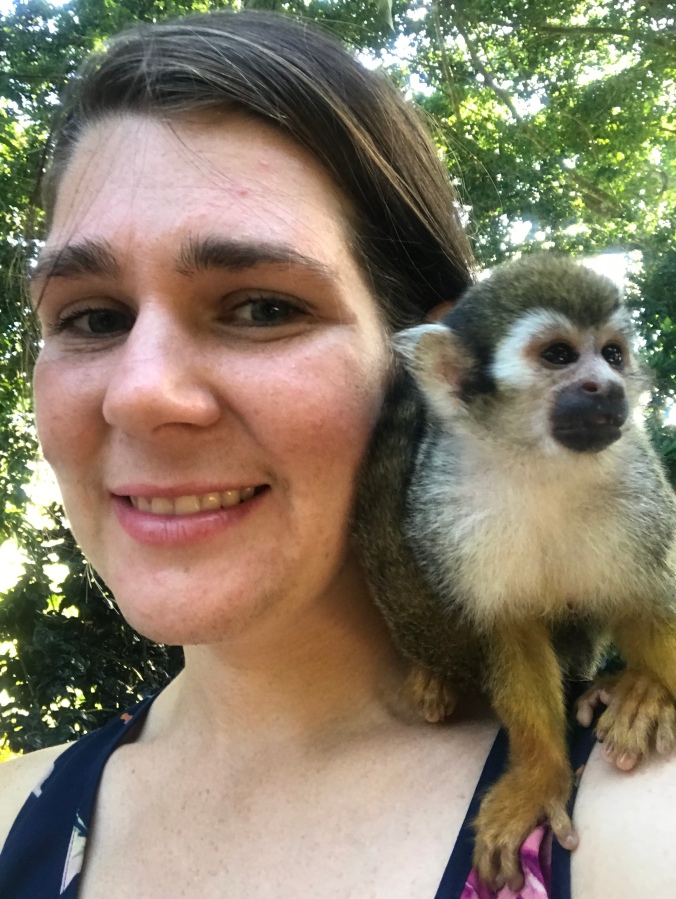 After we spent our time with the monkeys we were all shuttled over to the other side to learn about cocoa, coffee beans and coconut oil and the process that each go through to be what is out on the market.

We got to sample a little of each and learn a little more about the region as well and history with the plants. 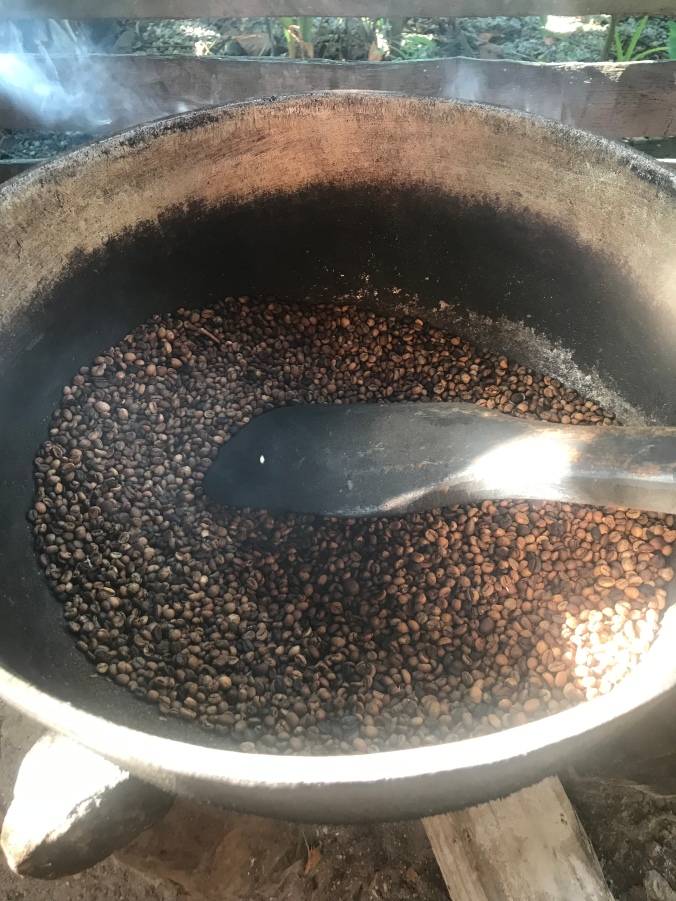 After we got back we did the only sensible thing there is and that is to grab more food a really good Mexican restaurant called Chilanguito Banda. Share a seafood dish and then grab some Joy Popsicles and have them dipped in chocolate.

And well that was heavy on the pictures and that’s not even close to all of them for the monkeys. Hope you enjoy.

You wanna know something interesting about dating in your 30’s… somehow everyone is a special unicorn looking for their special one of a kind unicorn. You know what’s better than online dating…traveling, traveling as far as you can possibly go till you have no bars on your phone to check any of those dating apps. #travelblogger #stonehenge #falife #datinginyour30s
It’s not like I have ever asked a man to follow me to the ends of the earth and back again. It certainly would be nice. It’s certainly expected of us (women) to do such things for relationships. “I can’t just uproot my job and move.” He had said as we were discussing whether or not we should just be a fling when I was in town or be something more… I wanted more, deserved more than just a friend with benefits.
Wednesday are for biking…. Bikes Cades Cove loop in the morning with the family. Beautiful out here in the Appalachia mountains. #greatsmokeymountainsnationalpark #cadescove #findyourpark #familyvacation #travelblogger #tennessee #traveltennessee
Mom, Mom, MOOoommmmmmM!!!!!! Happy Mother’s Day! @lisahaines2017